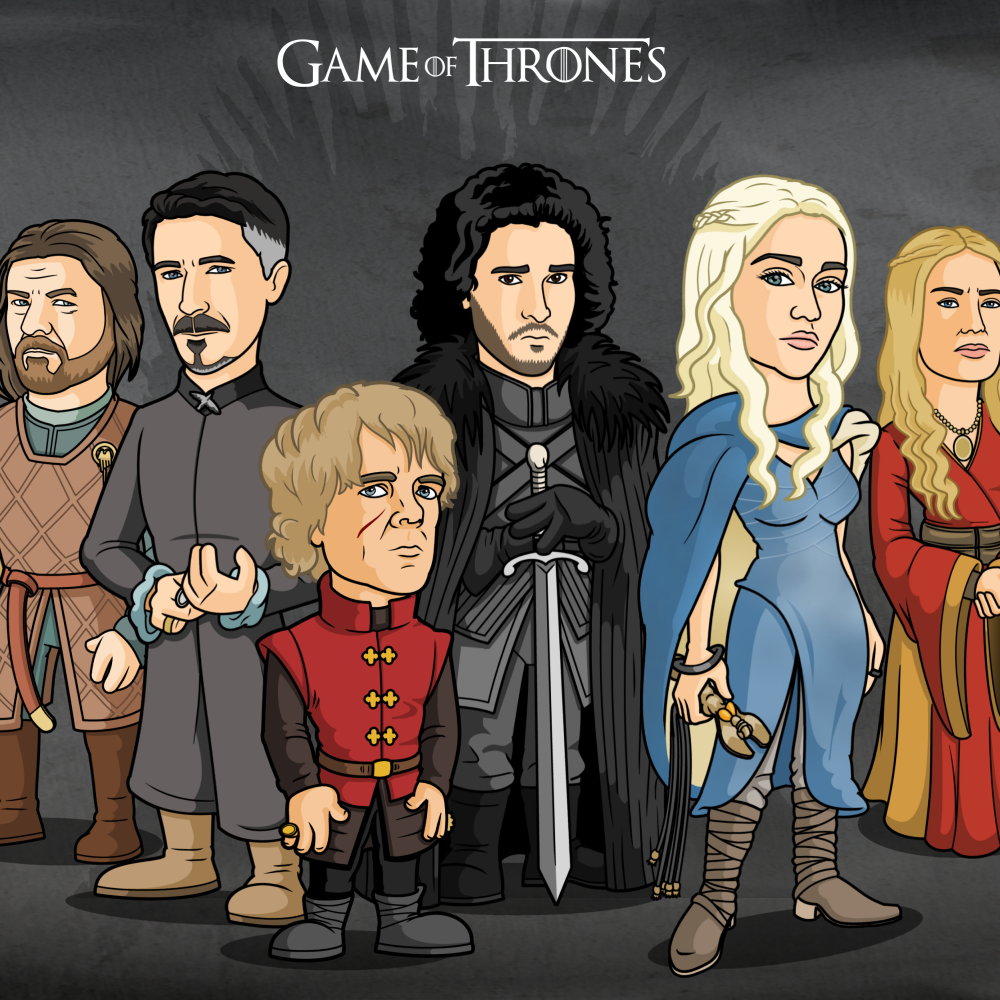 Having recently completed the Breaking Bad cast, I decided to turn my attentions to Game of thrones characters.

I love Game of Thrones, like many, many people. So I decided to create some of the cast members as cartoons. Sadly, due to there being as many cast members as the whole population of ants on this planet, I couldn’t create all of them. So I made 10. Some were tough choices. And after watching all but two episodes of Season 5, I kinda wish I’d have done Sansa or Stannis.

They’ve had quite a lot of screen time this season. I’m also starting to like Stannis now too, which undoubtedly means he will be killed off by the end of Season 5.

So anyway, here they are…